The feeling of boarding an international flight for the first time was really exciting! As compared to domestic flights in Philippines, Japan Airlines (JAL) is much spacious and bigger. It has seven seats per row with add-on facilities like a built-in television. The travel from Philippines to Japan will take about 6 hours. I thought I was unfortunate for having been seated beside a stranger. He’s actually not a stranger at all. He’s also a student ambassador but from other group. At first, I was a bit uncomfortable but because my seatmate is really friendly, we got along. He even introduced me to his other groupmates. It’s such a shame because I forgot his name. I felt he has good appetite and so I shared my food with him. The lunch meal was colorful but not my type of food. During the 6-hour flight, I got busy exploring the features of the built-in TV. I had fun watching movies and listening to some Japanese songs. It’s weird but I can’t sleep. I would sometimes stroll around the plane by going to the comfort room as an excuse. I had this funny experience in the comfort room when I flushed the bowl and a loud noise came out. It was as if the bowl was trying to flush me as well. Heheh. It was indeed a memorable flight. When the plane finally landed at Narita Airport, all of us were excited to go out and make our first step to Japan. At the airport while walking, since I was carrying many baggage or maybe out my carelessness, I wasn’t able to notice that some of my travel documents fell. Good thing my friend and co-delegate, Ben, managed to pick those. I was embarrassed in front of the supervisors but I acted as if nothing odd happened. I was also disappointed when I exchanged my allotted pocket money (in Peso) to Yen. The exchange rate in the airport was too low as compared in Philippines. Nevertheless, I managed to contain myself and hoped that sooner or later things will turn out well. There in the airport, I met our Japanese supervisors, Nobuo Takibayashi who will be with us through out the 10-day trip. “Finally! I’m here at the land of the rising sun.”, I whispered when we got out of the airport.
The weather was so cool. I felt refreshed as the cool breeze touched my face. It was spring season that time. Flowers are expected to fully bloom this season including cherry blossoms. We rode our respective buses and made our way to Tokyo. At the bus, we were asked to apply sanitizers which became a habit every time we rode the bus. While daddy Taki oriented us, I enjoyed watching the beautiful sceneries and cherry blossoms, exceptional infrastructures, and amazing lifestyle of the people of Tokyo. I could hardly see anyone not in their corporate or in their casual attire. The fashion sense of the people is remarkable. Everything is in place and is systematic. 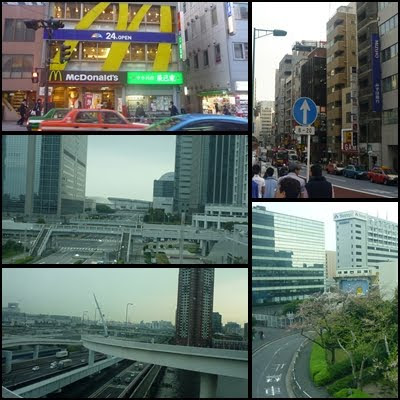 Our first stop was to take our first dinner in Japan. Our bus stopped in front of Mc Donalds. Unlike in the Philippines, its structure is quite different. Anyway, we won’t be eating our dinner there. We will be eating in a shabu-shabu restaurant. The rest of the supervisors were waiting for us there. It was my first time using chopsticks and trying the infamous shabu-shabu. I was seated beside our Japanese supervisors and with a Muslim groupmate, Rash. We used to be tablemates every time we eat since we can’t just eat anything especially pork. I was really amused trying to cook the raw meat together with the vegetables at the boiling water in our table. Everything was new to me. It was a real-fun experience. 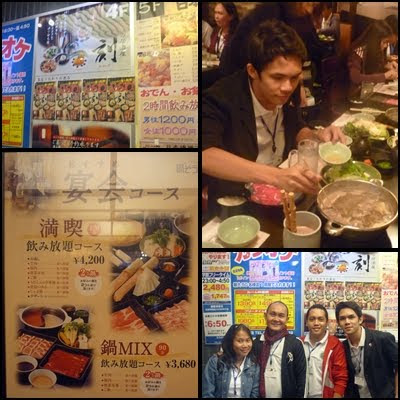 After the dinner, we proceeded to Grand Prince Hotel Takanawa, a luxury hotel in Tokyo, where we will be staying for two nights. The Japan International Cooperation Center (JICE), partner of NYC, gave each one of us overcoat, t-shirt, and travel bag. The trip was really full of surprises. After an hour of rest, we had an urgent meeting. I knew we would discuss what happened at the hotel back in the Philippines. We discussed all the do’s and don’ts and were given warnings. 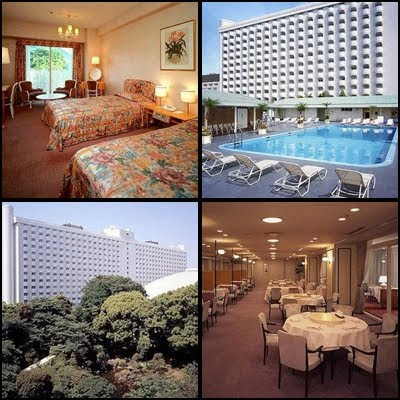 I had many firsts during my first day in Japan. Indeed, it was a long yet a very memorable day!
Posted by Hussein at 6:13 PM

Email ThisBlogThis!Share to TwitterShare to FacebookShare to Pinterest
Labels: Japan, JENESYS, stories to share, the way i see it